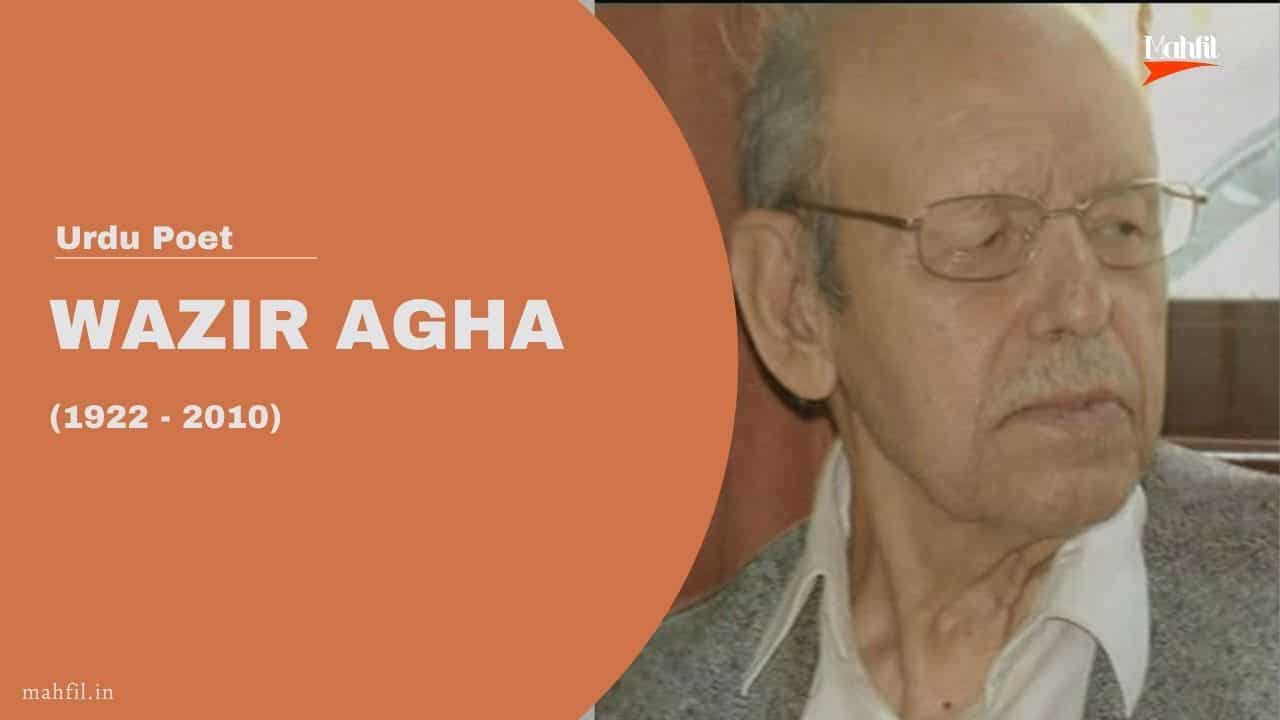 Wazir Agha was a Pakistani Urdu language writer, poet, critic and essayist. He has written many poetry and prose books. He was also editor and publisher of the literary magazine “Auraq” for many decades.

He introduced many theories in Urdu literature. His most famous work is on Urdu humour. His books focus on modern Urdu poets, notably those who have written more poems instead of ghazals. Agha’s poems have mostly an element of story.

Agha has received Sitara-e-Imtiaz for his best contributions to Urdu literature. He was also nominated for the Nobel Prize.

Some of Wazir Aagha Top Shayari’s –