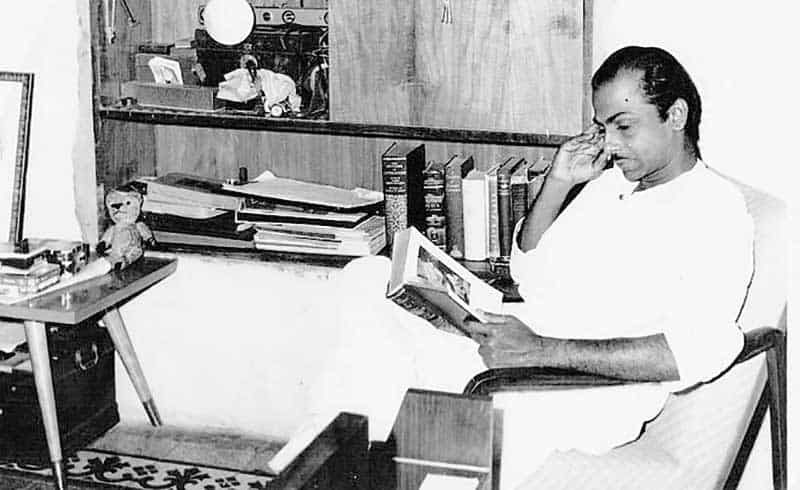 Salil Chowdhury was an Indian songwriter, music director, lyricist, writer, and poet who predominantly composed for Bengali, Hindi, and Malayalam films. He composed music for films in 13 languages. This includes over 75 Hindi films, 41 Bengali films, around 27 Malayalam films, and a few Marathi, Tamil, Telugu, Kannada, Gujarati, Odia and Assamese films. His musical ability was widely recognised and acknowledged in the Indian film industry. He was an accomplished composer and arranger who was proficient in several musical instruments, including flute, the piano, and the esraj. He was also widely acclaimed and admired for his inspirational and original poetry in Bengali.

The first Bengali film for which Chowdhury composed music was Paribortan, released in 1949. Mahabharati, released in 1994, was the last of the 41 Bengali films where he rendered his music. He is affectionately called Salilda by his admirers.