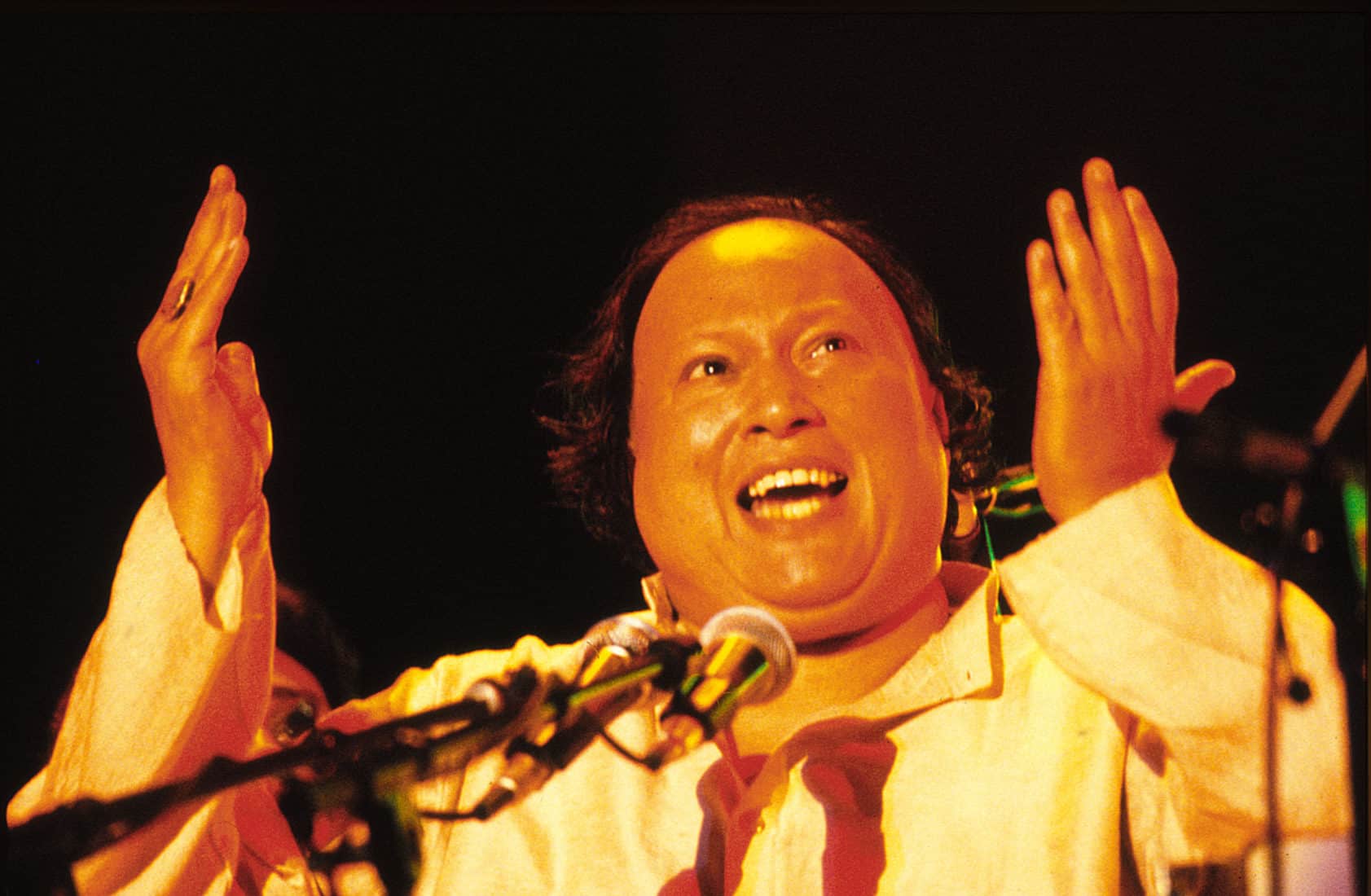 Nusrat Fateh Ali Khan, was a Pakistani vocalist, musician, composer and music director primarily a singer of qawwali, a form of Sufi devotional music. He is considered to be the greatest Sufi singer in the Punjabi and Urdu language, and World’s greatest qawwali singer ever; he is often referred to as “Shahenshah-e-Qawali” (the King of Kings of Qawwali).

He was described as the 4th greatest singer of all time by LA Weekly in 2016. He was known for his vocal abilities and could perform at a high level of intensity for several hours. He belonged to the Qawwal Bacchon Gharana (Delhi gharana) extending the 600-year old qawwali tradition of his family, Khan is widely credited with introducing qawwali music to international audiences.

Born in Lyallpur (Faisalabad), Khan had his first public performance at the age of 15, at his father’s chelum. He became the head of the family qawwali party in 1971. He was signed by Oriental Star Agencies, Birmingham, England, in the early 1980s. Khan went on to release movie scores and albums in Europe, India, Japan, Pakistan and the U.S.