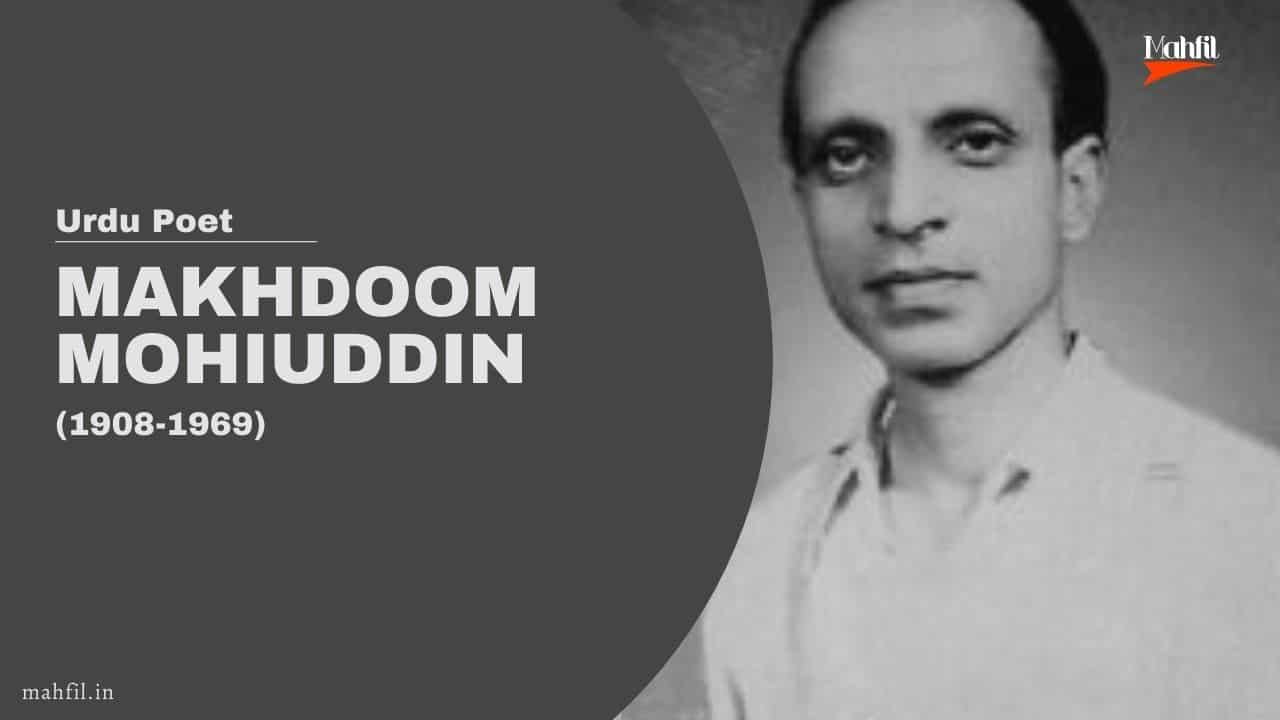 Makhdoom Mohiuddin (4 February 1908 – 25 August 1969) was an Urdu poet and Marxist political activist of India who founded the Progressive Writers Union in Hyderabad and was active with the Comrades Association and the Communist Party of India, and at the forefront of the 1946–1947 Telangana Rebellion against the Nizam of the erstwhile Hyderabad state.

Mohiuddin lectured at the City College in 1934 and taught Urdu literature. He was the founder of the Communist Party in Andhra Pradesh. Therefore, he is regarded as a Freedom Fighter of India. He also rallied against the monarchy of the Princely State of Hyderabad to merge with the newly liberated Indian Union.

He is best known for his collection of poems entitled Bisat-e-Raqs (“The Dance Floor”), for which he was awarded the 1969 Sahitya Akademi Award in Urdu. His published works include the essay Tagore and His Poetry, a play, Hosh ke Nakhun (“Unravelling”), an adaptation of Shaw’s Widowers’ Houses, and a collection of prose essays. Bisat-e-Raqs is a complete collection of Makhdoom’s verse including his two earlier collections Surkh Savera (“The Red Dawn”, 1944) and Gul-e-Tar (“The Dewdrenched Rose”, 1961).

Some of Makhdoom Mohiuddin Top Shayari’s –