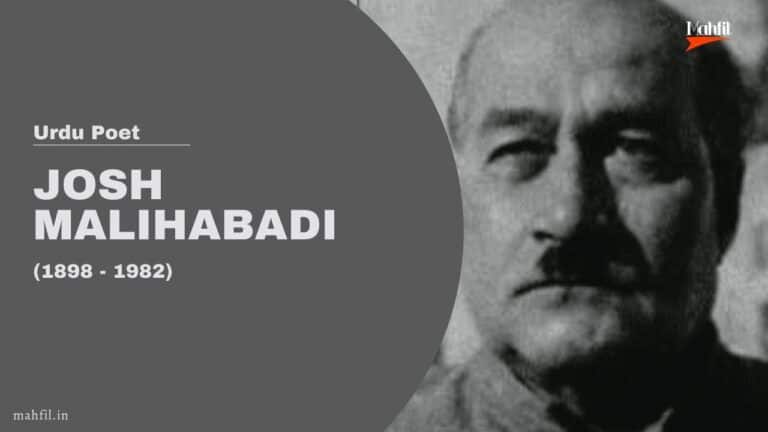 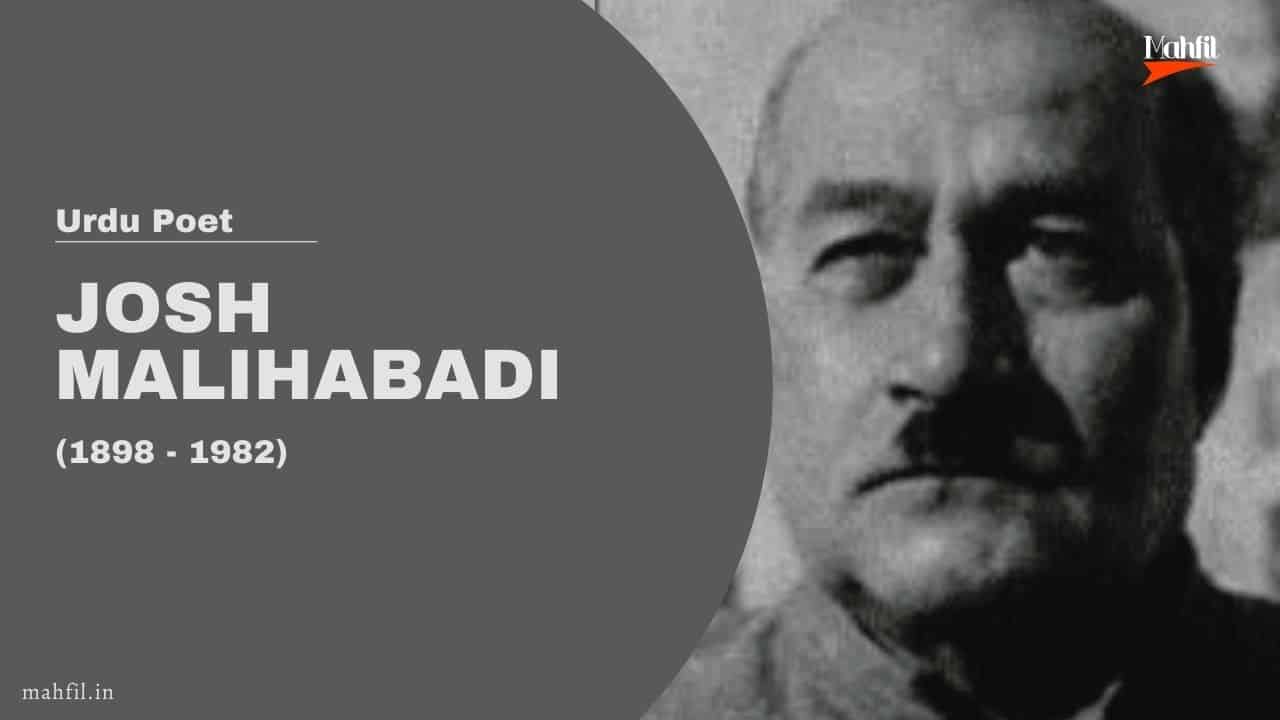 Josh Malihabadi (5 December 1898 – 22 February 1982) popularly known as Shayar-e-Inqalab (poet of revolution) is regarded as one of the finest Urdu poets of the era of British India. Known for his liberal values and challenging the established order, he wrote over 100,000 couplets and more than 1,000 rubaiyat in his lifetime.

His wrote Yaadon ki Barat, his autobiography which is noted for its frank and candid style. The first Prime Minister of India, Jawaharlal Nehru held him in high esteem and frequently attended the mushaira at Lala Kishan Lal Kalra’s United Coffee House where Josh performed.

He was an Indian citizen until 1956, when he emigrated to Pakistan and became a Pakistani citizen. Some of his works were translated to English like The Unity of Mankind elegies by Josh Malihabadi by Syed Akbar Pasha Tirmizi who was a Pakistani citizen and a high court advocate.