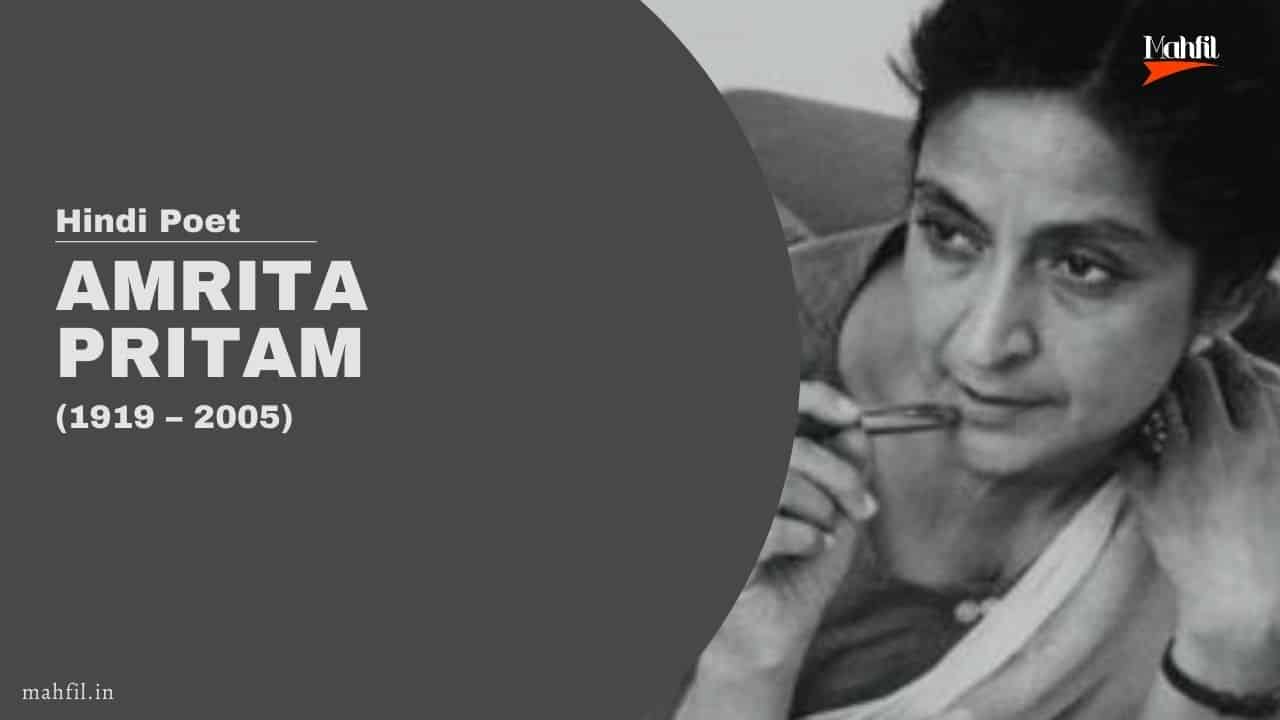 Amrita Pritam (31 August 1919 – 31 October 2005) was an Indian novelist, essayist and poet, who wrote in Punjabi and Hindi. She is considered the first prominent female Punjabi poet, novelist, essayist and the leading 20th-century poet of the Punjabi language, who is equally loved on both sides of the India–Pakistan border. With a career spanning over six decades, she produced over 100 books of poetry, fiction, biographies, essays, a collection of Punjabi folk songs and an autobiography that were all translated into several Indian and foreign languages.

She is best remembered for her poignant poem, Ajj aakhaan Waris Shah nu (Today I invoke Waris Shah – “Ode to Waris Shah”), an elegy to the 18th-century Punjabi poet, an expression of her anguish over massacres during the partition of India. As a novelist, her most noted work was Pinjar (“The Skeleton”, 1950), in which she created her memorable character, Puro, an epitome of violence against women, loss of humanity and ultimate surrender to existential fate; the novel was made into an award-winning film, Pinjar (2003).

Some of Amrita Preetam Top Poems-