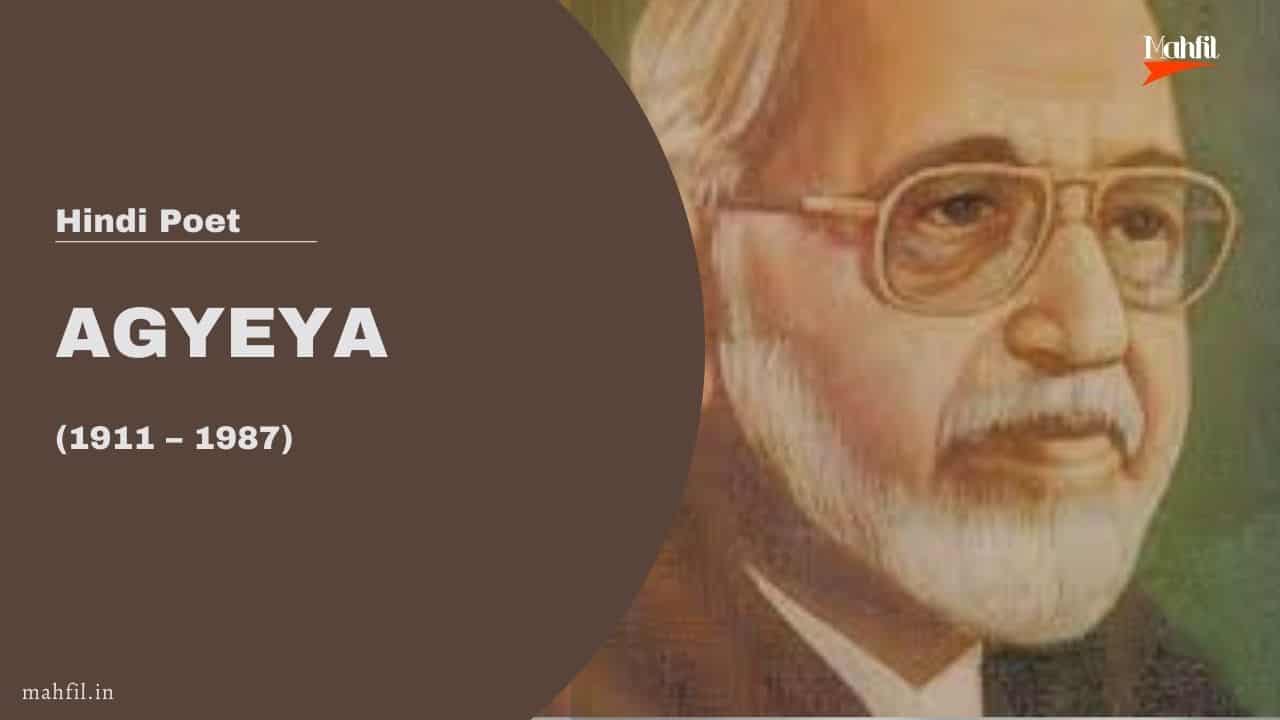 Sachchidananda Hirananda Vatsyayan (7 March 1911 – 4 April 1987), popularly known by his nom de plume Agyeya, was an Indian writer, poet, novelist, literary critic, journalist, translator and revolutionary in Hindi language. He pioneered modern trends in Hindi poetry, as well as in fiction, criticism and journalism. He is regarded as the pioneer of the Prayogavaad (experimentalism) movements in modern Hindi literature.

Son of a renowned archaeologist Hiranand Sastri, Agyeya was born in Kasia, a small town near Kushinagar in Uttar Pradesh. He took active part in the Indian freedom struggle and spent several years in prison for his revolutionary activities against British colonial rule.

He edited the Saptak series which gave rise a new trends in Hindi poetry, known as Nayi Kavita He edited several literary journals, and launched his own Hindi language weekly Dinaman, which set new standard and trends in Hindi journalism. Agyeya translated some of his own works, as well as works of some other Indian authors to English. He also translated some books of world literature into Hindi.

Some of Agyeya Top Poetry –