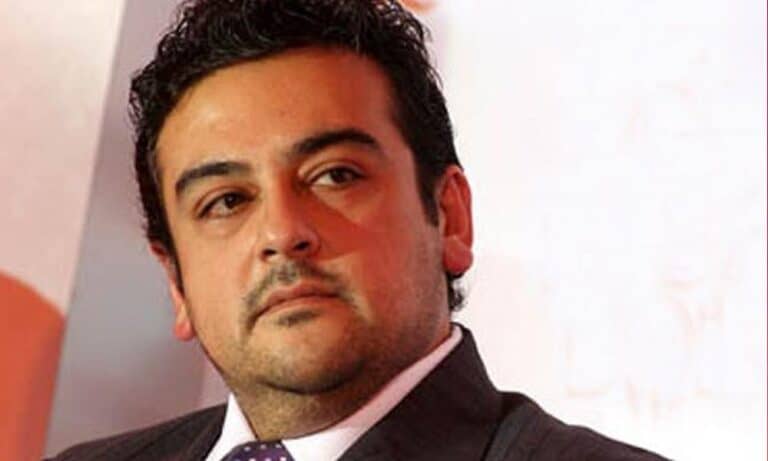 Adnan Sami Khan is an Indian singer, musician, music composer, and pianist. He performs Indian and Western music, including for Hindi movies. His most notable instrument is the piano. He has been credited as “the first musician to have played the santoor & Indian classical music on the piano”. A review in the US-based Keyboard magazine described him as the fastest keyboard player in the world and called him the keyboard discovery of the nineties.

He was raised and educated in the United Kingdom and spent his life in Canada.[2] He was born to Arshad Sami Khan, a Pakistani Air Force veteran and diplomat of Pashtun origin, and Naureen, who was originally from the Indian state of Jammu and Kashmir.[7][9] The Times of India has called him the “Sultan of Music”. In 2016 he became an Indian citizen. He was awarded the Padma Shri on 26 January 2020.